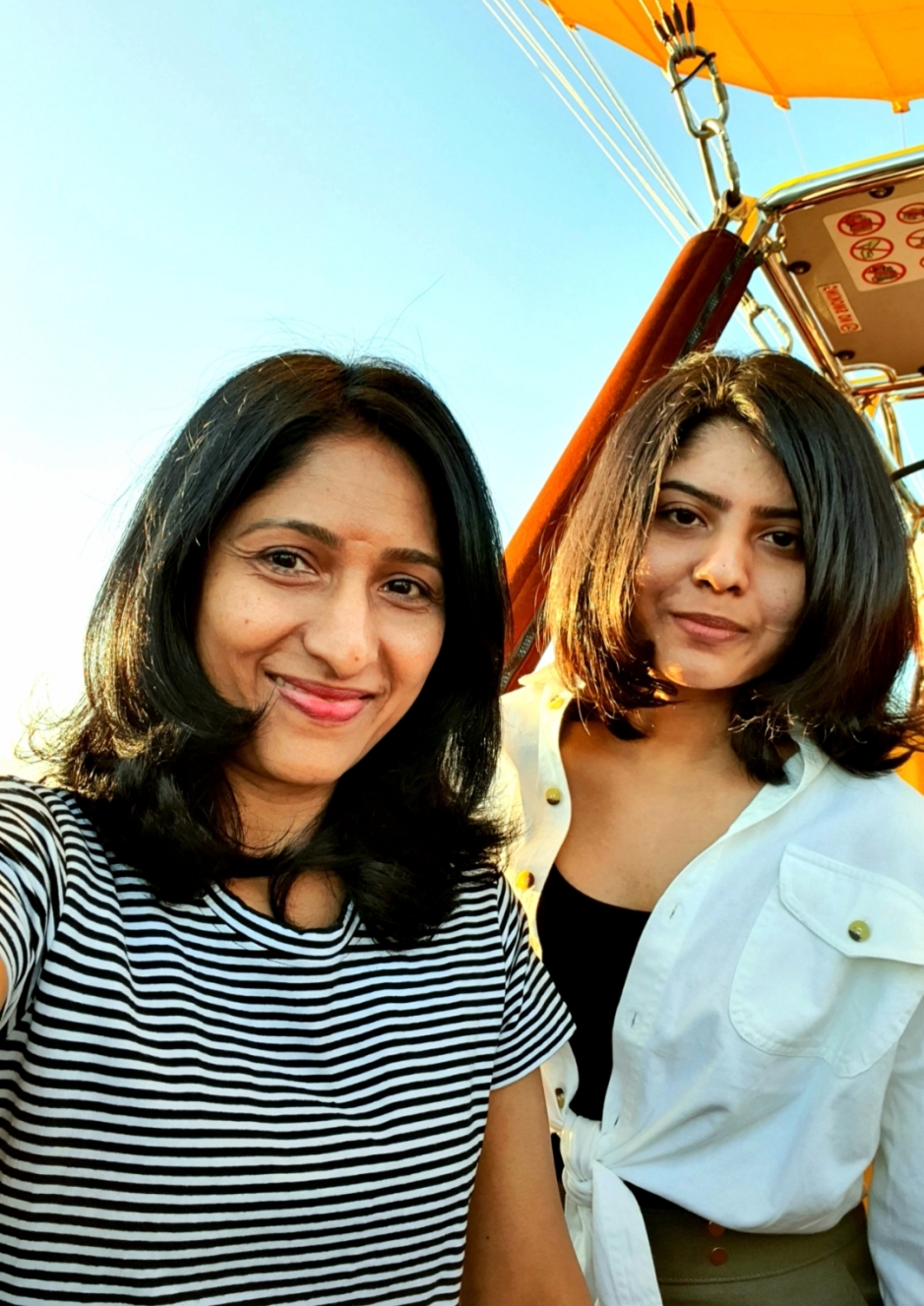 It had just been a week since my daughter Shreya’s twentieth birthday and unlike her nineteenth, she had managed to cut cake with her new hands. This was a baby step and yet, it was so satisfying and gratifying to watch her do it all by herself.

“Shreya has PTLD (post-transplant lymphoproliferative disease), a life-threatening complication that arises after solid organ transplantation”, were the sombre words of the oncologist and this diagnosis shattered me. Shreya had already battled 7 rejection episodes, cytomegalovirus colitis and a bad fungal infection in the liver. It broke my heart to see her in agony. How much more, I asked God. We had to admit her again for treating PTLD.

Shreya wouldn’t eat much during the antibody therapy. She kept throwing up whatever she ate. All she would eat was one chapatti with some jam and 2 small bowls of curd, in a day. She was growing weaker day by day.

Even after a month-long antibody therapy, 90% PTLD was still present, indicating that Shreya’s body had not responded to the treatment.  There was a point when doctors told us that if ever the question of deciding between keeping her hands or her life were to arise, they would amputate her forearms again to save her life. The thought of amputation and all the unpredictability scared me. It was our fond hope that the new hands would give her freedom and confidence, arising out of her ability to be self sufficient with her needs, thus giving back to her, a dignified life. I just couldn’t afford to let the negative thoughts takeover; this was the time when I had to be brave and I had to keep it going, for my daughter sake. She was extremely dejected. I became her psychotherapist, counselor and motivator.

She was put on a few other medicines to treat PTLD and when she would undergo rehabilitation for her hands, I would sit with her for hours together. It was a slow process and she needed to gain more functionality in her hands. I wanted her to realize that if she made up her mind, she could defeat PTLD. The book by Dr. Joseph Murphy, ‘The Power of Subconscious Mind’ became our favorite book. I would read a few pages from this book to Shreya before she went to bed, every night. We would watch food vlogs and TED talks on YouTube to keep our minds diverted and positive.

I believe in positive affirmations and every day I would write in my journal that Shreya is perfectly healthy. It helped me visualize her that way and in turn, helped me to stay positive. This was important because, only if I stayed positive, I could pass on positivity to her. As her mother and her caregiver, I wanted her to remain motivated and stay positive. Two months later, Shreya underwent another endoscopy and she had defeated PTLD. Looking back, this was a very important milestone because, after PTLD, her hands showed tremendous improvement in terms of functionality. She could now go to the bathroom by herself, after being dependent on me for 2 long years. The happiness on her face showed me how worthy it all had been – fighting the society that had stigmatized her, the various infections that tormented her post-transplant and the countless hours that we spent in rehabilitation.

During the lockdown this year, Shreya tried her hand at learning basic cooking and stitching too. This has further improved the dexterity in her hands. Shreya undergoing hand transplant has truly been life transforming for me as well and my only wish is that I want her to lead her life the best way that she can and for as long as possible. 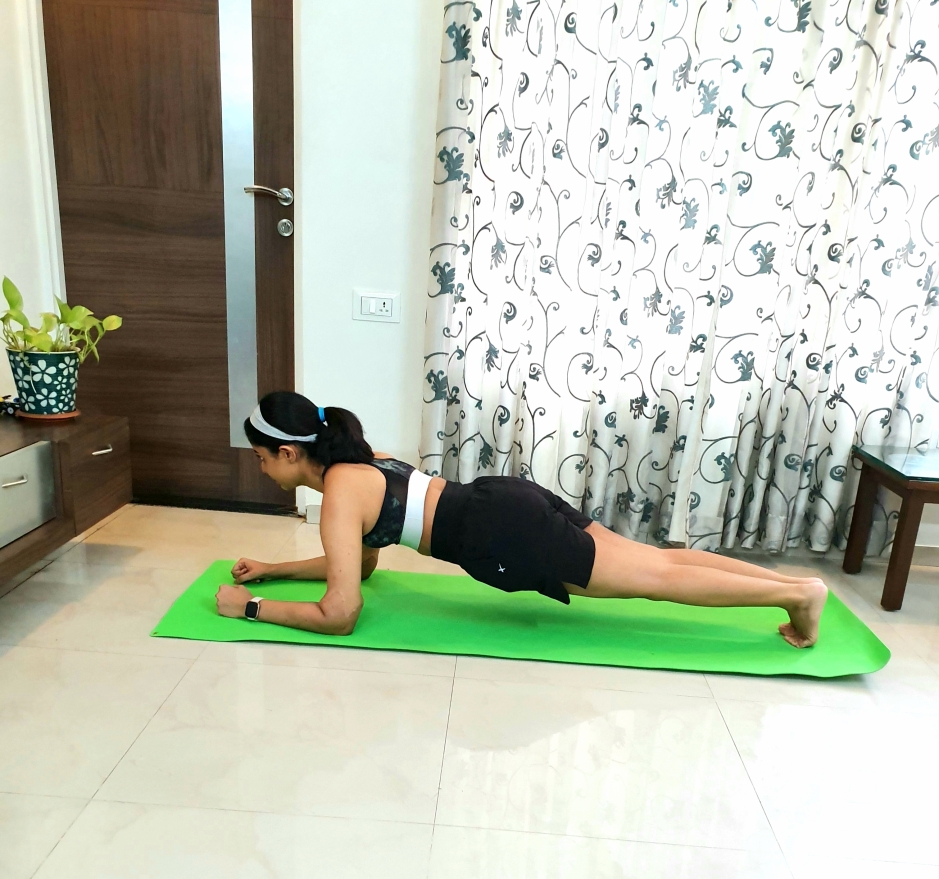 The toughest thing in the world is to see yourself beyond what other people think about you; but if you are able to do it then it’s the most beautiful thing you will ever experience.

Four years ago, I was lying on a hospital bed with both my forearms amputated and my stumps, bandaged. My entire right leg was in a cast, my abdomen was filled with bruises and abrasions but my heart ached way more than my injured body.  “People like Shreya are so scary to look at”, remarked a visitor unsparingly. That sentence stung me and for the first time, I felt inadequate.

It has been 3 years since my hand transplant and I don’t feel inadequate anymore. Losing hands was supposed to be a permanent loss, but it was not so in my case. I can even hold a 30 second plank. It feels amazing to see that my transplanted hands can take my body weight and I still have metal implants in my arms! I have even written my semester exams with my transplanted hand. This was an unexpected achievement by any hand transplant recipient. When I had decided to embark on this journey of hand transplant, I did not know to what extent my transplant would be successful. Hand transplants are relatively new, rare and the advancement is still being understood. As the level of transplantation (above elbow in my case) was higher, I needed longer period of rehabilitation, tremendous patience and commitment.

It has literally taken blood, sweat, tears, pain and countless hours of therapy for my transplant to become successful, but all that has been totally worth it. It is liberating to be independent again. Your body can tolerate almost anything; it’s your mind that you have to convince. People always focus on what is going on below the neck so much that they often forget what is above. It is always mind over body. This was possible because of my donor and his parents, who decided to donate their son’s organs during their grief. He is still alive through 7 people, including me. They have given me a second chance in life and I am going to live it the best I can, for as long as I can.

‘’He who has a why to live can bear almost any how” – Friedrich Nietzsche.

This quote has resonated with me and I would always say this to myself on the days when I felt dejected and demotivated. Today, without any doubt I can say that I love myself because, I am mentally stronger and tougher and no accident could take away my will power, grit and determination. However bad your current situation may be, life eventually gets better and trust me when I say that because this is coming from a girl who, a few years back, was lying on a hospital bed without forearms; but today she has hands and is independent again. The last three years did give me a little perspective and the courage to see myself beyond what people thought about me.

“And once the storm is over, you won’t remember how you made it through, how you managed to survive. You won’t even be sure, whether the storm is really over. But one thing is certain. When you come out of the storm, you won’t be the same person who walked in” – Haruki Murakami

Celebrating the Gift of Life